Synopsis: With flooding becoming an increasing risk across the globe due to climate change, flood management is more important now than ever before. Communities and policy makers need to be able to predict and prepare for flooding in the long term, while protecting their communities in real time. Mapping of water resources, infrastructure, and local communities is essential information in the fight against flooding.

AppGeo is using our expertise in GIS to analyze and improve how we deal with natural disasters. This webinar (recorded on January 22, 2020) brings together Morgen Healy, Vice President of Services at AppGeo, Matt Hiland, Account Executive and Consultant, and Aaron Doucett, Sales Engineer and GIS analyst from AppGeo to discuss the challenges and potential for GIS use in flood control.

The Dangers of Flooding

Doucett: “Due to the layout and geography of our country, over half the nation’s economic productivity is located within these coastal zones and is potentially at risk, along with the 8.6 million people who live in these areas. But even being far from the coast doesn’t remove the risk of flood events. River flooding is still the most common type of flood in the US according to FEMA. This is truly a problem that encompasses the entire US.”

Flooding is a threat that comes in many different forms depending on the environment. Flash floods are unpredictable, and can happen extremely quickly in almost any area. Other flood events are more systemic, such as coastal flooding, and river flooding, which often happen to the same area repeatedly. Flooding is extremely common and impacts millions of people globally. Unfortunately, flooding is poised to become worse, as climate change alters weather patterns and increases the amount and severity of storms. 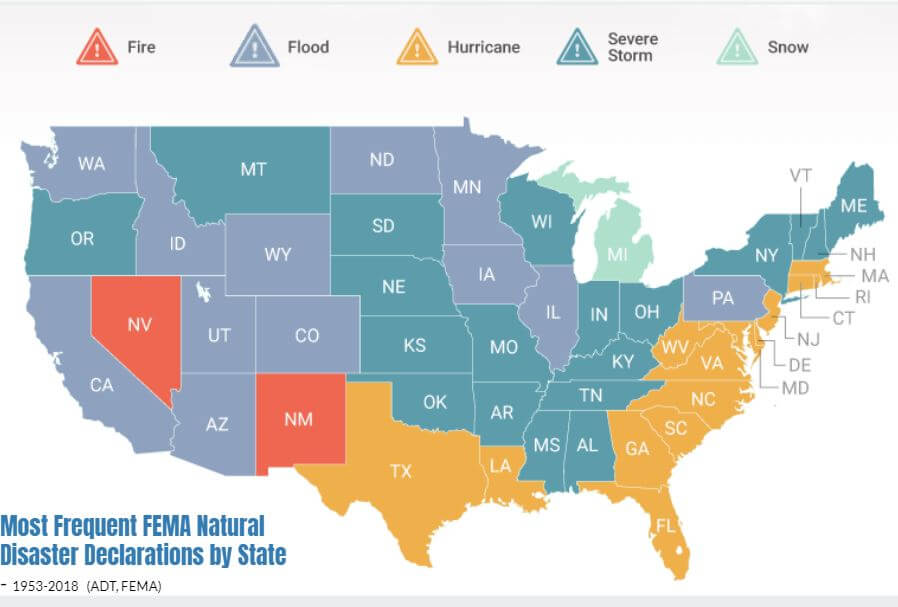 By acting before flood events and understanding where and how different areas will be impacted, the risks that flooding poses can be heavily mitigated. One example of an organization using prediction to help address flooding is the Texas Water Development Board. AppGeo has been proud to work with the Texas Water Development Board for several years on flood management projects. Together we have tried to address flooding by working with the public and officials, before, during, and after flood events in the state of Texas.

With the help of the Texas Water Development Board (TWDB) and the Texas Natural Resources Information System Group (TNRIS), AppGeo created a centralized flooding information resource called the Flood System for Mapping Aggregation and Reporting for Texas or FloodSMART. As a proof of concept, AppGeo narrowed the focus to activities that needed to happen before the flood events to minimize damage and risk. FloodSMART was able to estimate damages, as well as predict flooding levels, and provide real time weather alerts. The project was successful and secured additional funding for flood preparation efforts.

Predicting how bad an individual flood will be is important for determining the response. But to create a long term strategy of how to address flooding in a given area, it is vital to prepare for future water conditions.

Gloucester, Massachusetts, is a town that is mostly located close to the ocean, putting it at risk for coastal flooding, especially during storms. This challenge has forced city leaders to make resilience planning a focus, and subsequently turned Gloucester into a regional leader in the field. Working with the City of Gloucester, AppGeo developed enhanced flood modeling for the area, and made it publicly available on MapGeo. This map offers the user the chance to see what is at risk from flooding in the moment, as well as in the future.

With this visualization, Gloucester was able to update their evacuation zones, which had previously been based on census blocks, rather than on shared flood risk and geography. The new evacuation zones focused on specific parcels to determine exactly what and who is at risk, rather than arbitrarily targeting certain areas, which might not need to evacuate at all. These more detailed zones allow better allocation of emergency resources and reduce confusion among the public.

Towns can use improved data to target funding where it is needed most. With accurate data, communities can better protect themselves by improving existing infrastructure, planning for emergency response, and installing new barriers and flood resistant technology. 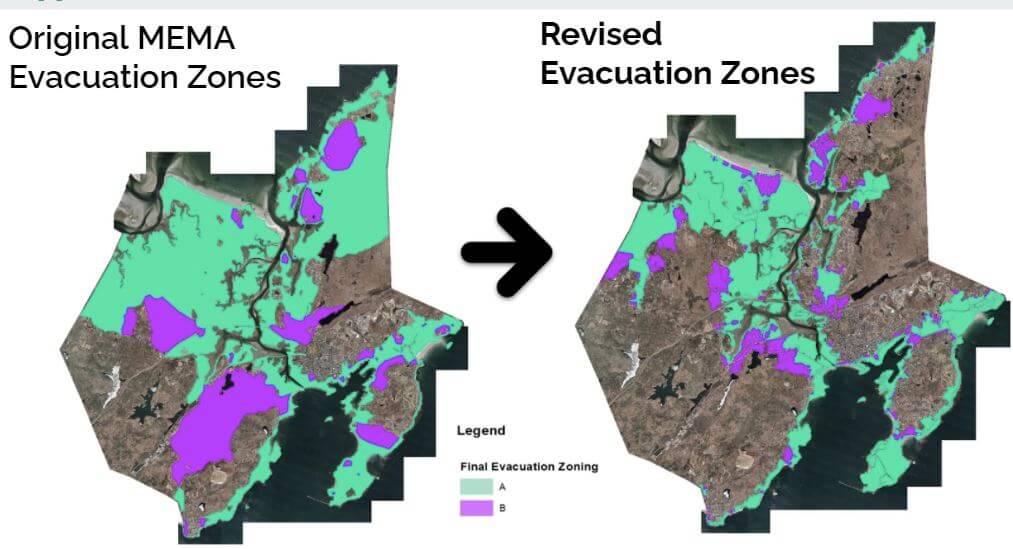 Hiland: “I really wish this last section was called “Prevent,” but the reality is despite our best efforts we will experience more catastrophic weather events. When these events happen we need to make sure our systems can deliver timely information to everyone who needs it. To do this, we need to build geospatial IT systems that are scalable, available, adaptable, shareable, and up to date.”

The importance of strong public-facing information systems cannot be overstated. For example, in 2014 the Texas DOT hired AppGeo to rebuild DriveTexasⓇ (drivetexas.org), the state’s public-facing highway conditions application. AppGeo rebuilt and deployed the system, fixing its performance, as well as issues with scalability and functionality. In 2017, when Hurricane Harvey made landfall in Texas, DriveTexas displayed information for over 500 road closures, while the number of users went from 1,000 to over 700,000 daily.

Despite these hurdles, DriveTexas was up to the challenge. The service, because of its scalability, had no issue handling the increase in users. In addition, the service allowed users to submit photos of conditions to the Department of Public Safety, and provided a direct data feed to ensure up-to-date information for all responding agencies, and the public.

Are you responsible for flood management? We want to hear from you.