State Geographic Information Officers (GIOs) Matt Peters of Utah and Richard Wade of Texas are the “trailblazers” of statewide imagery content programs. Utah and Texas were the first states to make the transition to streaming licenses for their statewide imagery programs (as opposed to owning the data outright). Now, both states have recently struck new, multi-year deals to continue with licensed imagery content programs.

Utah started it’s content streaming program in 2016, and Texas blazed their trail towards imagery streaming programs in 2017. Not only the lower cost of the imagery under this licensing model, but other factors made a difference in their decision.

Below is a condensed and lightly edited version of the full webinar, which was conducted on October 15th, 2020.

Question #1: How did you get started with imagery content programs, and what is your new model for statewide imagery programs?

Director of ARGC Matt Peters (State GIO) of Utah: “As we started to negotiate and think about [imagery content programs] the price, terms and conditions were a real key issue and a big factor for us was that, ‘okay if everything goes wrong, we have hard drives of the imagery we can have in perpetuity.’ We negotiated that all contractors working for the government would be able to access this imagery. More time could be spent on analysis and what the problems were and not data collection.”

Texas GIO Richard Wade: “There wasn’t a need to do any of this. What really excited us about [imagery content programs] at the time is that this is 6” imagery! When you can have 6” imagery it’s a game changer. Realistically, we didn’t think they [Google] would be able to deliver on everything promised, and we were surprised.”

Matt Peters: Small blocks [of images] were problematic because they could cut communities in half. In not knowing what blocks would be flown, we could not plan with communities to say “yes, we will get you data in X year”. After that, we wanted statewide coverage, all the same year. Our urban areas were growing, so we wanted a larger standard area of interest for urban areas. We wanted the additional [urban] flights to be part of the same contract. Now with Hexagon, I could approach the agencies with the requirements they had.

Richard Wade: This time we were really wanting to focus more on image quality and integrity. [Google] had a great [licensed imagery] product, but the dates [of imagery collection] were all over the place. If you looked at the State of Texas at a State level, it was looking like a quilt. We had ranges four to five years apart in some cases [from one image to the next]. What we took to the table this time [for the Hexagon Imagery Content Program] was that we really wanted to get that temporality of that imagery down to within 1 or 1.5 years in duration for acquisition. We really wanted to minimize our shadows and minimize building lanes, and just have general ortho correctness throughout the entire thing. It wasn’t about cost. Cost was actually secondary, we really wanted to get what we wanted. When we had our own [custom collection] program, we were tripling that cost. 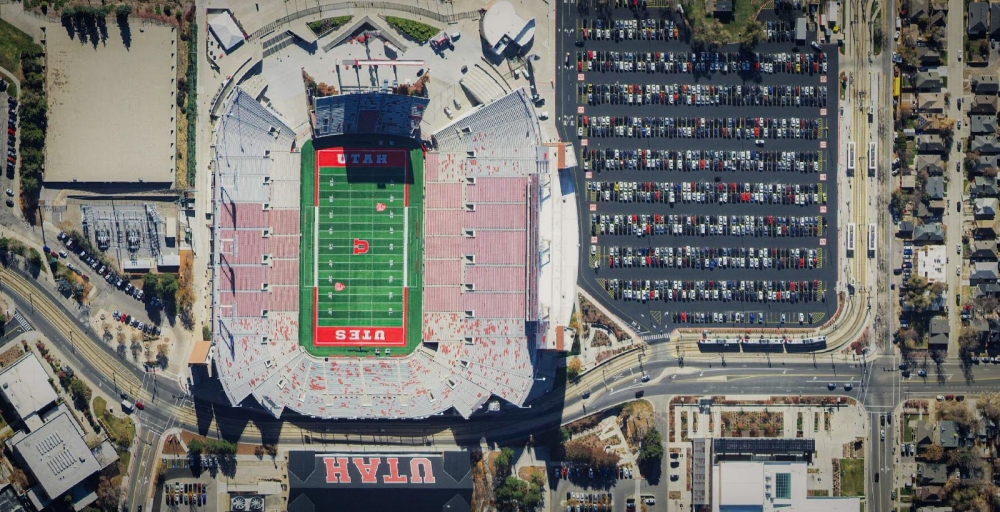 Question #3: With regards to imagery streaming licenses on a Statewide level, how do you manage the distribution of imagery, especially regarding controlling for various levels of the public domain?

Richard Wade: One of the big reasons we didn’t want to forgo our own program was because our program puts imagery in the public domain. That became a driving factor. The debate was about the integrity of the imagery and the quality and having more control about the timing. The one thing that stuck in our minds that we couldn’t really get past was the public domain side. With our new agreement with Hexagon, we actually have the public domain covered. All the sudden, we have this interesting dynamic we didn’t have before. We get everything our old [imagery] program was doing and yeah we saved a lot of money. Keeping things in the public domain would be a game changer on our side. Hexagon was anticipating this, and offered a higher res product for State use, and a one-foot [resolution] product for the public domain…it was an easy thing to agree to.

Matt Peters: The Giza appliance with AppGeo is the perfect thing to control users and to adhere to the licensing terms. One of the things that lent itself to good thoughts right away was Hexagons willingness to expand the urban area of interest for us. It was a real pain previously when a community would be cut in half. We wanted Hexagon to blend 30 cm and 15 cm, because we had 15 for our urban areas and 30 for the rest of the State, so they worked on that with AppGeo. The next contract, we’re looking at additional buy-ups for a city…what if they want 3” of their city? Or what if their city has changed enough and they’d really like some simultaneous lidar collection. We’ve just got to be thinking of new things and what might help run the business of government better.

Richard Wade: When you have agencies that need to use your data, and you’ve been granted the ability to use your data – agencies don’t do everything themselves. They contract out a lot of it. One of the licensing terms we had to have was the ability for our contractors to be able to use the data as if they were an extension of us. That wasn’t an easy thing to get through, until AppGeo came up with Giza. When Giza came around, that allowed us to control the licensing and the links we provided to the contractors, meaning we could turn them off and on any time we needed to do so. We have the ability for our contractors to be able use the information and then have access to things like the color infrared imagery.

“Hexagon did their homework. They knew exactly what they had, and they came back to us with options — things that we didn’t get with Google. They were prepared to negotiate those things. They understand there is a competitive market, and we benefit from that. We’re going to take every bit of advantage of that.” – Richard Wade, Deputy Executive Director and GIO – Texas Natural Resources Information System

Question #4: Where do you think the imagery market is headed?

Matt Peters: The market in the next few years will go in many different directions. We have [companies] like HERE and Planet that are doing imagery. Quicker collects. Less resolution – but maybe that is perfect for some uses. Most of all we need to be in tune with our customers and the people of Utah.

Question #5: Typically, one of the concerns about content programs is obtaining leaf-off imagery. In most cases, the imagery is leaf-on. How do you address situations where you need leaf-off imagery?

Richard Wade: We’re going to try to take advantage of the [Hexagon] Content+ program*. That means if we do need leaf-off, we can use our program to fund those types of upgrades. If we need to make a spec change or do something slightly different, we will be able to do that. The beauty of the new imagery we have is that we’re not limited. 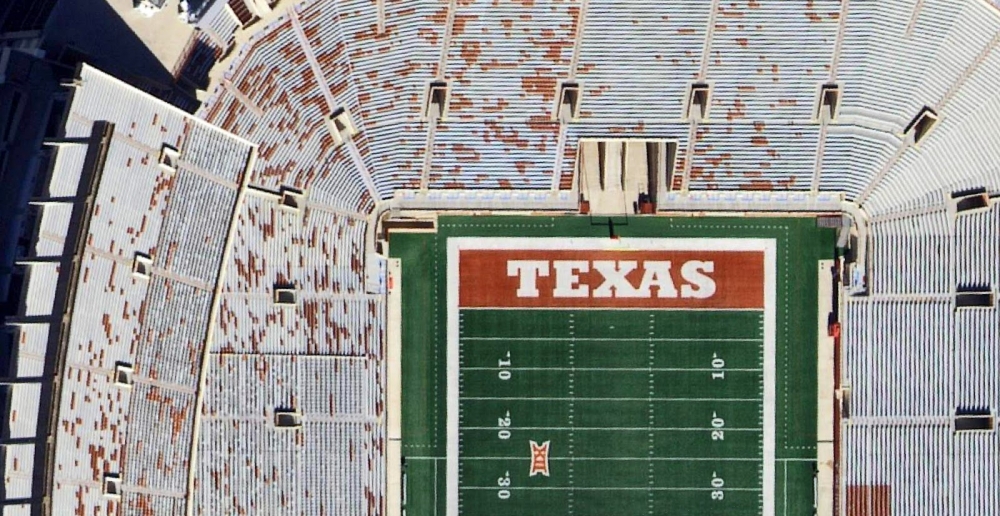 Matt Peters: We knew we didn’t want to set this up and serve it on our own infrastructure. The idea that Google was going to deliver this data on the Google Cloud platform gave AGRC a good excuse to move to the cloud. Ultimately, this is part of the bigger picture of what is happening, that we as GIS professionals need to focus on GIS, and not back-end IT. As a GIS shop we’re here to promote GIS in Utah. We don’t do that from a server room, or from hiding in the office trying to figure out why a system isn’t going. We do it from contacting people, educating people, and we’ve got to get out there and get everyone their salmon and mashed potatoes.

Question #7: How Do I get state leadership on board? (How do I get imagery funding for my state?)

Matt Peters: One thing I felt like pushed us into permanent funding was that any chance we had to include imagery in some type of a high profile government website, such as for voting or things of that sort, and I could turn around in a legislative meeting and say, “Your organization used X amount of data from imagery.” I felt like that was a wake up call for them. The only issue we have with integrating with various products, is it’s sometimes a little rough for some of the cad users, but from the GIS side of the house, there are multiple platforms that these imagery services can be brought into. The CAD users are a little different and it is one more hurdle, but it does work.

Richard Wade: The fact of the matter is we have lowered the cost substantially with imagery as a service to where we could collect from the different agencies that use the program. We have a tiered approach, so if you are a power user, you are going to pay a premium. That being said, that premium is pennies to what they are used to paying.

Audience Questions From the Webinar:

As a regional agency, Is there a limit to the amount of users who can access the imagery? Can we provision cities and counties, or PSAPs?

Richard Wade: Yes this licensing model is open to any government entity. You can make provisions to partners depending on what you are trying to do. It may or may not change the cost. Normally, the cost is minimal, if at all. If you are a 911 addressing coordinator, and you have access to the 911 data, we would like to talk to you. Sometimes we can offer the imagery free of charge if there’s something that you can offer back to the state.

Richard Wade: Yes there are cache services available, and there are download abilities as well. We are trying to support every bit of services out there. When it comes to your GIS system, you should be able to pull it in.

Do you have any option with oblique imagery?

Richard Wade: Obliques have become an interest to us at the State level. When it comes to imagery going from 1 meter down to 6 inch, now the next thing is where does imagery go next. The thought is maybe it’s oblique. When you get oblique imagery you also get the nadar. Obviously, it would be way too expensive this minute, but we thought 6 inch was not doable just a few years ago so never say never.

Are either of you making derivative works?

Richard Wade: Specifically related to lidar, it is an expensive product, but the residual products you can drive out of it are amazing. In Texas we are developing a building footprint and building heights database for the entire state based on Lidar. In regards to tree canopies, If you take a high-quality lidar data set and classify it correctly, you can see objects below the canopy quite well. If we have lidar data for the area with leaf on, let’s take a look at the lidar underneath and see if we can find anything.