Synopsis: Developing a statewide GIS parcel data program is key to accurately mapping a state and providing useful information to policy makers and the public. But how can we create these systems and what are the best practices for their use?
AppGeo is using our expertise in GIS to analyze and improve how states capture and use parcel data. This webinar (recorded on March 3rd, 2022) brings together Bob Nutsch, the Geospatial Program Coordinator for North Dakota, and Bill Johnson, Carpe Geo Evangelist at AppGeo to discuss the challenges of creating a statewide GIS parcel program.

History of the Program

Nutsch: “Years ago I was at NSGIC, the National State Geographic Information Council, and I heard two states talk about that in their experience their statewide parcel data was actually more important to them than aerial imagery. That was a huge wakeup call for me because it seems like imagery is always it, it’s always our focus… It was about the same time that working with our state geospatial committee we were starting to hear more use-cases, and things that revolve around property and ownership. A lot of it was around contacting landowners for various needs.”

North Dakota’s statewide parcel program grew out of a Game and Fish program where property owners could voluntarily post their land and its availability for outdoor recreation. From that program more funds were used to build out the complete data set for the whole state. Working with Game & Fish and the counties themselves to win support, the North Dakota GIS office was able to create a functional statewide parcel program.

Challenges in the Parcel Program

Nutsch: “The counties were key on [cooperation], and I would call out some key contacts being folks like the tax directors, the auditors, the recorders, the GIS folks, and their vendors. That was a key component. Within the state we had resources we were tapping into, things like the procurement, project management, legal, executive steering, all those sort of exciting things. Our actual project sponsor was the North Dakota Association of Counties, the same folks who provided testimony during the hearings. There were so many other folks involved, I would also like to tip my hat to our project team members, there were state and county folks, and of course our contractor AppGeo.”

Creating a statewide parcel layer is a boon for policy makers and ordinary people alike, providing them with detailed data about land use and opportunities. However, any statewide program requires a huge amount of cooperation from a variety of stakeholders and the North Dakota parcel program was no different. While the scale of such a project can seem daunting, emphasizing the local benefits of a parcel program, as well as maintaining strong working relationships can help overcome the complexity of the task. By identifying local leaders and officials, projects can be more targeted in the approval and cooperation they seek. Additionally, making full use of statewide resources and assistance can help ensure cooperation and secure funds.

When the North Dakota parcel project needed approval from counties they started by communicating with county leadership. By talking to local officials first, they were able to identify areas of need, as well as generate attention and local buy in. While some counties had reservations about sharing, these hurdles were overcome with good communication and a strong working relationship.

Another key challenge to the project was balancing privacy and public data availability. By distributing the data through ArcGIS online, and a parcel viewer in MapGeo from AppGeo, they were able to provide both the raw data and a more accessible version designed for public use. The applications of this data are huge, ranging from the original outdoor recreation uses, to public safety, and legal disputes. 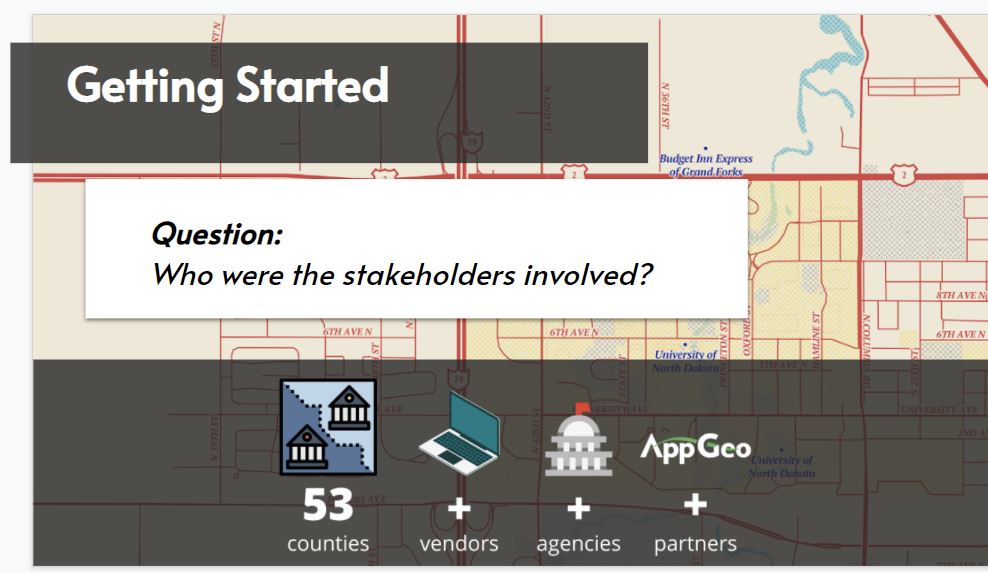 The Future of Statewide Parcel Programs

Nutsch: “The state facilitates these continued data maintenance activities at the counties if possible. We’re thinking maybe some sort of a grant program to balance the resources out there. It’s sort of frustrating that the state is always ‘gimme gimme gimme’ and what do we get back? If we’re saying look at all this ROI stuff the state is winning, let’s give some back… It would be really good to have more personalized 1-on-1 relationships with counties. I’ve heard of other states doing this, and the excellent relationships that get established. We’ve seen that with some of our Next-Gen 9-1-1 and other work already but it would be nice to do the same thing with this. At the end of the day, everyone at all levels of government, we’re doing the same thing, trying to do the best we can for the taxpayer, at the same time trying to keep dollar costs down.”

While North Dakota has managed to establish a great parcel data program, it needs to be maintained. This involves both keeping the data updated and accurate, along with maintaining good lines of communication with stakeholders across the state. Stakeholders might also need resources over time to compensate them for continued participation in the project. Additionally, looking at the work that other states have done can serve as both inspiration and models for best practices and improvements to make going forward. 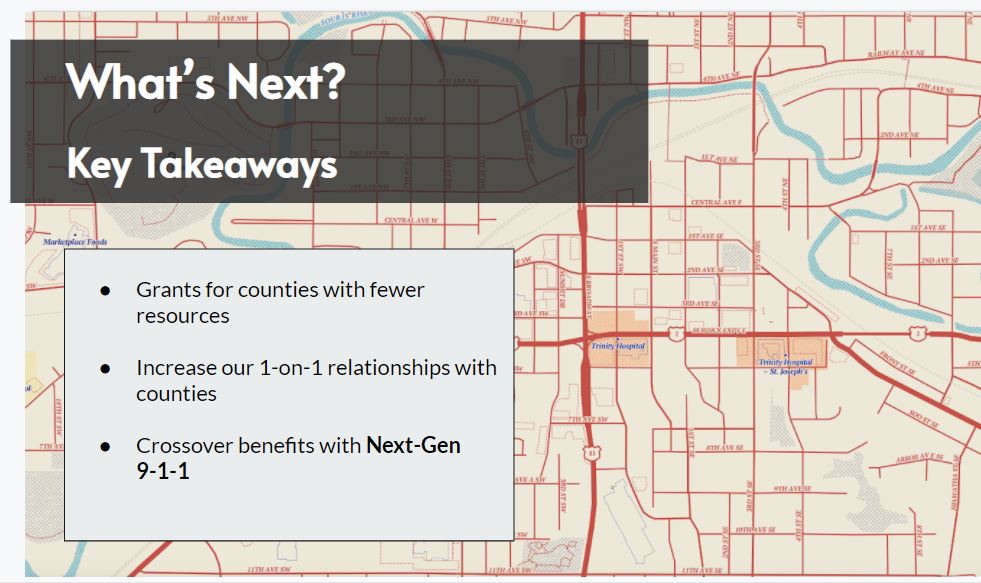 Check out our three-part series on Statewide data! Presenting “The Operational Realities of Statewide Data Ambitions”