Over the past decade, AppGeo has produced several editions of the RIPTA statewide map of their bus and trolley services. The 2012 edition involved a complete redesign including better highlighting of the Providence metro area.  The map data is Rhode Island GIS (RIGIS) base map data sets and internal RIPTA data. The map was produced using ArcGIS and Adobe In-Design. 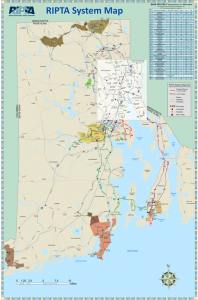 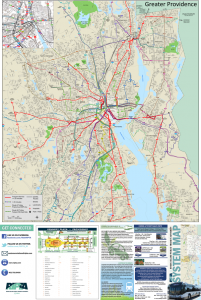