I’m noticing that government agencies, particularly at the state level, are using more off-the-shelf GIS data from commercial sources, and this raises an important policy issue that I believe is worthy of thoughtful debate among GIS professionals.

A shift in the source of GIS data

The shift to consuming data from commercial sources has been particularly noticeable with orthoimagery. The imagery market, driven by growing demand and major first-instance buyers, has shifted the paradigm for government agency imagery buyers. We’re seeing “work for hire” contracting for custom imagery collection (imagery produced to the agency’s specifications and delivered as something they own in full) being replaced with imagery content programs. We are aware of at least ten states that have shifted from custom collection contracts to imagery content programs.

In a content program, ownership of the imagery is retained by the imagery company. After selling the imagery to a major first-instance buyer (Internet company, insurance consortium, federal agency), they are able to sell the same imagery to other buyers at pricing well below the cost to produce the imagery. This new market dynamic is quickly shrinking the rationale for government agencies to contract for custom imagery collections, as market demand has resulted in readily-available orthoimagery at substantially lower cost. 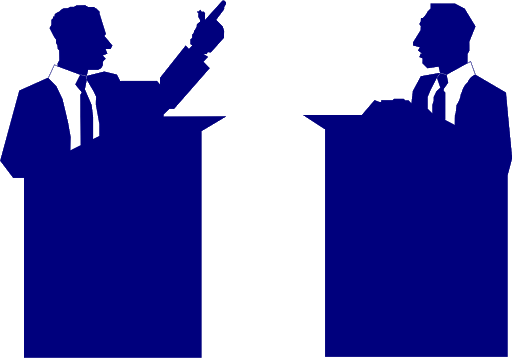 I think what this really boils down to is the inability of the public to download the data obtained through a content program. How important is that? What does the ability to download enable that can justify spending so much more? And therein lies the public policy debate. If you are a GIS professional working in the public sector, I think a serious, thoughtful discussion on this topic is in order.

My years of working in the public sector have cemented a strong belief that authoritative government GIS data, representing an official government function, absolutely belongs in the public domain unless there is a specific legal reason to withhold it. Public domain release promotes transparency and accountability, so that the public can see and determine to their own satisfaction how well the agency is fulfilling its responsibilities. The data may also have important uses outside of the government agency and releasing it enables the value of that data to be maximized by reuse. Further, there may be value-added potential by creating derivatives based in part on that data. These are the common themes behind the Open Data movement that we’ve seen in the public sector in the past decade.

I think we should consider whether a government agency using licensed data (such as from an imagery content program, which I do not consider to be authoritative data) is eroding the values attached to releasing data in the public domain. How would someone determine those values? If the agency can satisfy their statutory requirements with less costly licensed data, how do they justify spending more to enable public domain release? If the public were asked whether the agency should spend substantially more to enable public domain release, what would the response be?

I haven’t heard much discussion on this topic. Perhaps that’s because the issue has been creeping up on us, and we haven’t yet paused to consider the impacts. This is one of the shifts I described in my October blog post, It’s a v2.0 World for State GIS Coordination. I believe we will see continued expansion by government agencies to using commercially-sourced and licensed data. This shift will require further consideration about how the public accesses data used in the public sector. I see a shrinking rationale for government agencies spending significantly more in order to release data in the public domain. We need to think about how we best support the public’s right to know in this new v2.0 world.