The City of Newton Public School District was looking to refine their school district boundaries to balance increased enrollment. AppGeo used a combination of workshop facilitation, data visualization, and geo-analytics to develop alternate scenarios to solve the redistricting challenge. We used a combination of traditional cartography and innovative querying in carto to create the visualizations of different scenarios which helped the district make an informed choice. 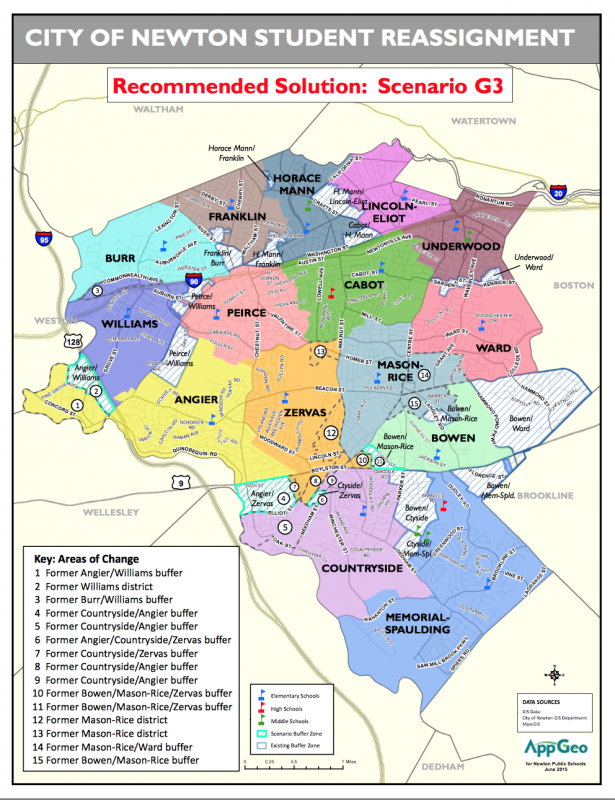 While Newton also faces the overcrowding issue, the primary purpose of this project was to re-assign students to a new school that was expected to come online within 2 years.  Similar to the approach we took in Lexington (MA), we created “components” from existing districts to re-assign to adjacent districts – in a sense creating a domino effect that would, over time, re-assign students to the new school. Using a combination of queries and mapping, we created several scenarios that were evaluated and debated openly.  They were shared with the School Committee and the public at large. The outcome of the project was a final recommendation that met the district’s objectives with minimal impact to families.

If you need support in your city or town’s redistricting efforts, please contact us and we would be happy to start a conversation about rates, etc.