Pitch, Roll, and Yaw to Take Your GIS Applications to New Heights

There are several vintage airplanes that regularly fly over Galway Lake where my family and I spend time in the summer.  They’re flown by hobbyists who live nearby, lifting off from a grass runway and showing off for the lake people on the weekends.  One that I particularly like is a Stearman biplane from the 1930s and the pilot executes some very impressive maneuvers over the lake, swooping in very close to the water and then making a steep, spiraling climb to clear the hills that surround the lake.  Once in a while, it will fly a loop de loop over the lake where pilot and plane are upside down at the top of the loop.  It evokes the era of barnstorming airshows of the 1920s, minus the reckless wing walkers and other death-defying stunts. What I appreciate is the high skill level of controlling the plane in these complex moves. 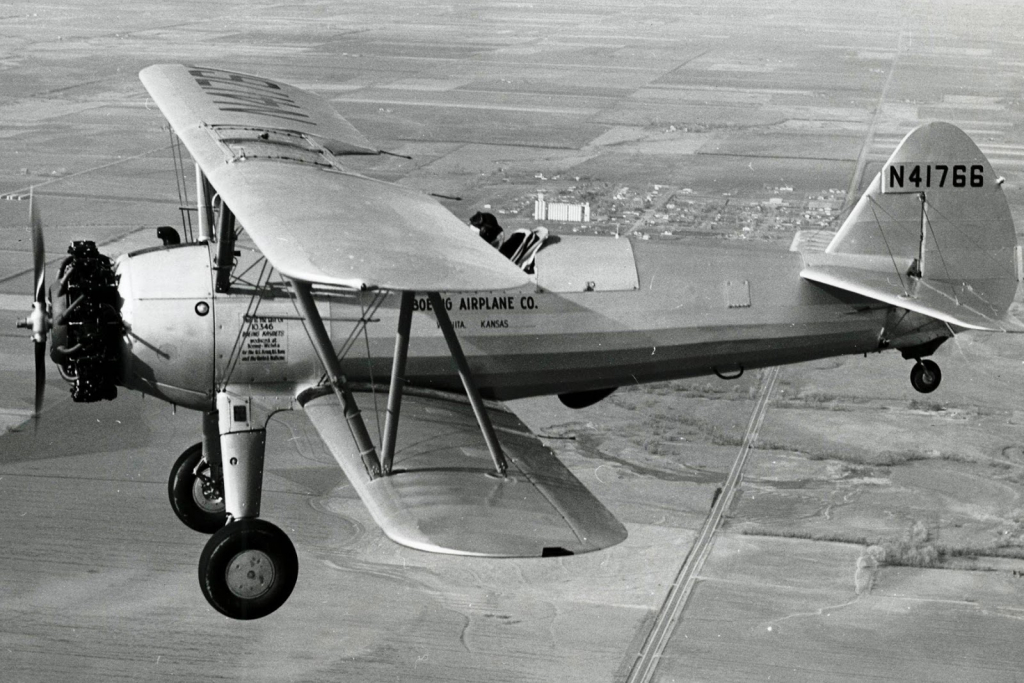 There are some great terms used to describe the movement of aircraft: pitch, roll, and yaw.  I especially like the word yaw, which refers to the aircraft nose heading left or right.  Pitch, the nose heading up or down, and roll, a wings up or down rotation of the fuselage, both strike me as more intuitive than yaw.   According to Merriam-Webster, yaw is of unknown origin but was a common sailing term for over 350 years, meaning to deviate from a course, such as a sailing ship might do when struck by a large wave.  It was applied to airplane flight during the dawn of aviation.

Many of the moves I’ve seen the Stearman biplane execute are simultaneous changes in all three; pitch, roll, and yaw.  This requires careful coordination of the controls and close attention to how the aircraft responds.  I’m evoking this visual because I want to describe another three-dimensional pivot, this one for the GIS discipline, and I think it helps if you understand the interconnectedness and dependencies of three simultaneous changes of direction.

The first part of this three-dimensional pivot, which I’ll call the yaw, is what I see happening with broadband.  Last month I wrote about The Pandemic-Induced Broadband Pivot of 2020, describing how smart GIS professionals can help their states close the digital divide.  My belief is that the recent shift to online everything has cast a bright light on the divide and is creating the political conditions to finally close the divide in this country.  If this prediction holds up, we may finally be approaching the day when we can assume a fully-connected society.  We’ll be connected with each other to an increasing degree, both at home and on the go, and also connected with a vast network of systems and sensors, the Internet of Things.  The connected society will have some different characteristics from the one we live in today, so I see this yaw part of the pivot as pointing our aircraft in a new direction.

The second dimension of the pivot, I’ll call it the pitch, is the economic reality of government agencies, where a lot of GIS work takes place and where there will be significant challenges ahead. I see a sustained period of lean times, so this pitch is mainly nose down, with lots of turbulence ahead.  It is already clear that state budgets will need to be cut next year, and probably for a number of subsequent years.  GIS leaders in state GIS offices and at state and local agencies will need to think very strategically about where to direct their energies given the reality of constrained resources.  We need to find the scarcer pockets of resources so we can pull back on the control stick and climb to capture the moments of opportunity.  That’s the carpe geo way!  An excellent strategic target will be applications that generate greater efficiencies of government services, particularly shifting to self-service online mode as a replacement for in-person transactions, using location intelligence and smart business rules to automate complex interactions.

The third part of the three-dimensional pivot, the roll, is the change in public expectations about how they interact with online applications.  I think the pandemic has amplified the competitive market forces around public expectations for online tools.  The winning apps are the ones that work simply, that anticipate what users need and provide it.  Just look at how quickly Zoom became dominant for video meetings, and how quickly the competitors updated their apps and terms of use to keep pace.  In recent months, we’ve all learned to rely much more heavily on the online world for remote work, shopping, health care, entertainment, and much more.  As a result, we’ve become more discriminating, more demanding, and more selective as we make our online choices.  These rising expectations cut across everything online, including apps created in the public sector, so we need to roll our aircraft to meet these expectations.

If you’re a GIS professional, especially in the public sector, I think these three dimensions all combine in a way that is compelling and exciting and opens new opportunities, even in these uncertain times.  Put yourself in the cockpit of a Stearman, grab the control stick, and pay careful attention to all three dimensions of pitch, roll, and yaw as we explore the path forward.

Cockpit of a Stearman PT13D Kaydet, National Museum of the US Air Force

There are plenty of opportunities out there where these three vectors come together.  One that we’ve had the pleasure of supporting is with the Texas Parks & Wildlife Division.  For white-tailed deer hunting, which generates an estimated $2 billion per year in economic activity for Texas, they’ve had a program for twenty years that offers incentives to landowners who make habitat improvements and provide hunting access on their properties.  The program required a staff of ten wildlife biologists to interact with landowners, develop habitat improvement plans, and determine how many additional deer tags to be provided as the incentive to each landowner. By 2016, that staff was “maxed out” and the number of landowners participating in the program was leveling off.  That’s the pitch dimension, the resource constraint bringing the nose of the plane down.

Fortunately, Alan Cain and his team at TPWD had a vision to use GIS, web technologies, and business rules to automate the process.  The resulting application has a sophisticated back end that uses GIS data managed by the wildlife biologists to track characteristics of the deer herd along with environmental factors, vegetation, and other data needed for habitat recommendations, as well as all of the land parcels registered in the program.  The front end has different interfaces for landowners, wildlife biologists, administrators, and the public at large.  Each can see and manage the information relevant for their role as they proceed through workflows guided by more than 150 business rules.  There’s your roll, meeting elevated expectations for how people interact with applications.

Landowners now complete the entire process online, including the issuance of deer tags which they can print for themselves.  Since the process is now completely online with no office visit or in-person interaction with the TPWD wildlife biologists (there’s the yaw, pointing the nose to the connected world), those biologists now have more capacity to deal with other issues or to handle specific requests from landowners.  As a result, the number of landowners participating in the program is once again on the rise, creating more land actively managed for a healthy deer population, sustaining the important economic activity from hunting, and increasing access for hunters.  That last point is pretty incredible when you realize that access to hunting lands is trending downward nationally.  I invite you to take a look at the public-facing portion of the system.

It’s quite exciting for me to watch a vintage Stearman roar over Galway Lake as the pilot shows off their skill, but it will also be exciting for you to make a three-dimensional GIS pivot to capture the energy of the current trends to build great GIS applications.  Doing so puts you in the cockpit of your own Stearman to feel the exhilaration of the wind in your face and the G-forces pinning you to the seat as you make a climbing, banking turn towards GIS perfection.  Pitch, roll, and yaw — Yee Haw!