Here in Boston, we are privileged to have some of the greatest sports writing in the country on the pages of the Boston Globe. This blog is written in the style of, and in homage to both Dan Shaughnessy’s (@Dan_Shaughnessy) “Picked Up Pieces While…” columns, and Bob Ryan’s (@GlobeBobRyan) “Cleaning Out the Desk Drawer of my Mind…” columns. Here is a recent example from Shaughnessy. 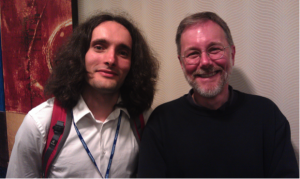