On GIS Day, I attended an evening event at the Norman B. Leventhal Map and Education Center at the Boston Public Library. It was both a book launch and the opening of Part Two of the “America Transformed” maps exhibit.  Part One covered 1800-1862, and Part Two covers 1862-1900. Both parts can be witnessed in the exhibit catalog, a beautifully published book with insightful essays by scholars and well-chosen maps that tell the story of transformation in America.  It is an outstanding treatment, in my opinion, of what was happening — both good and bad — as Europeans displaced the people already living on the land, dispossessing them of their tribal homelands — and worse — as a new nation was built.

The Native American viewpoint is represented in this catalog in a way that is too seldom seen, and too poorly understood and recognized among us.  It has certainly added fuel to my curiosity to learn more, which is a wonderful part of the Center’s mission to inspire and encourage learning and scholarship using maps and atlases as educational resources.  The Center has also inspired conversation and interest within AppGeo on the role of maps in society, as a reflection of policy, propaganda, and plans for good and not-so-good purposes. 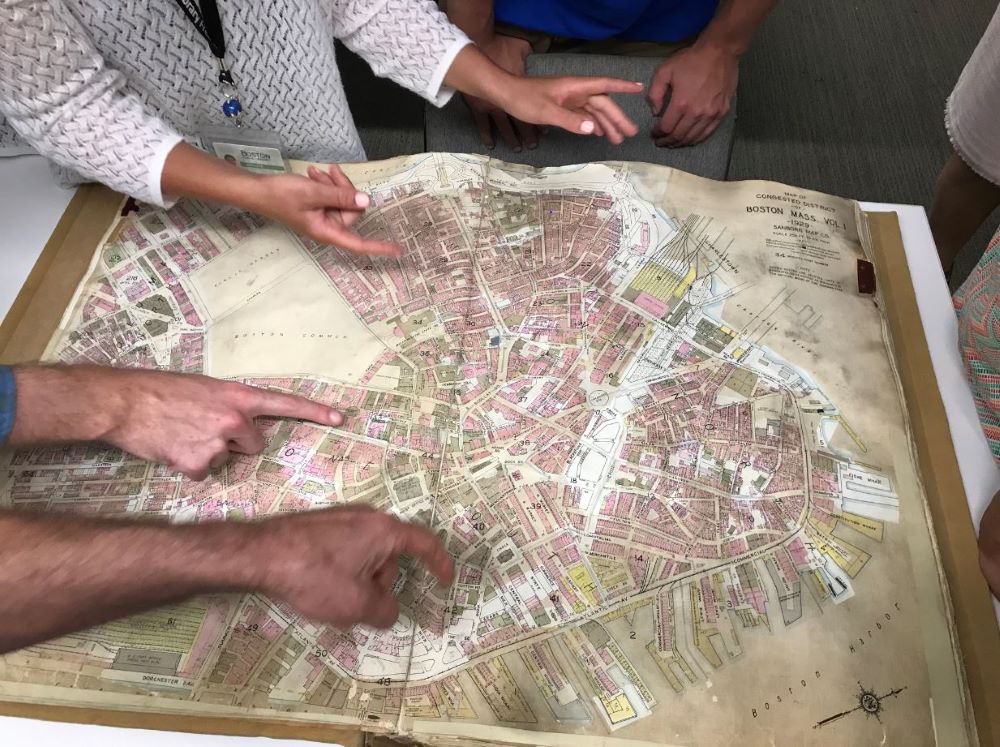 We are fortunate to be close enough for company field trips!

In addition to the exhibit catalog for America Transformed, the author of  City on the Hill:  Urban Idealism in America from the Puritans to the Present, Belknap Press of Harvard University, Cambridge, 2019 — Alex Krieger — presented and took questions along with Ron Grimm, formerly of the Center, on a panel facilitated by Garrett Dash Nelson who is the new Curator of Maps & Director of Scholarship at the Center.  The description of some of the maps in the America Transformed exhibit resonated with Professor Krieger’s description of the narrative in his book, as he traced the shaping of urban places from the Pilgrims to the notion of the “smart city,” and the formulation and expression of different ideals — such as Jefferson’s utopian blueprint for an egalitarian republic, or the advent of “autopia” as a function of the automobile and urban sprawl. 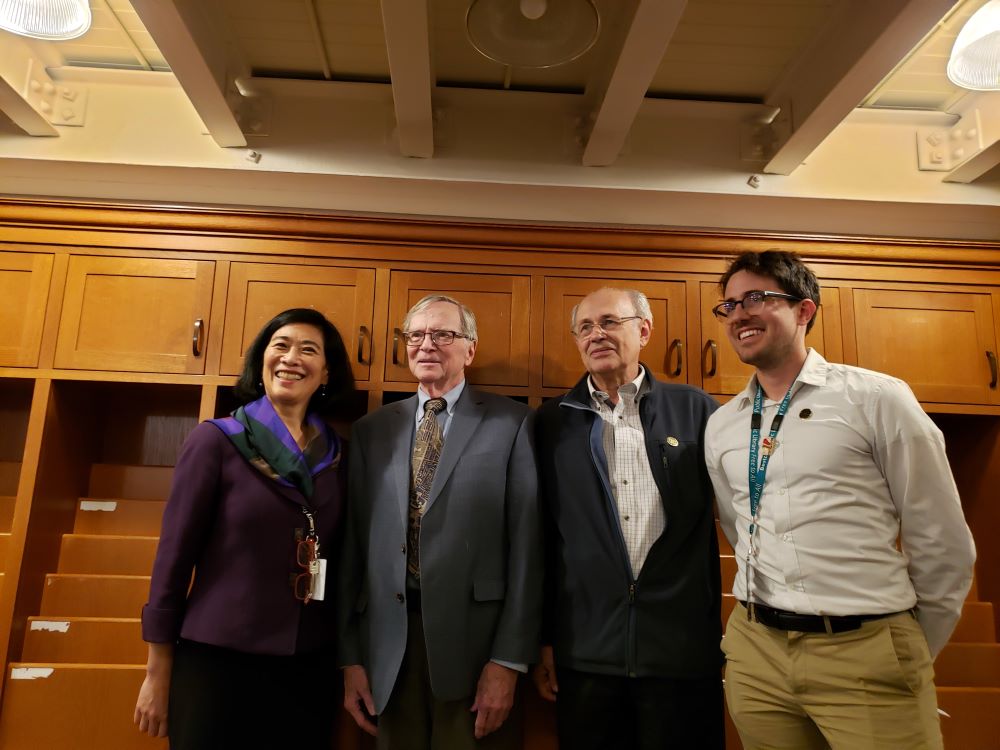 It is incumbent upon those of us who are practitioners of GIS that we understand the impact of our cartographic representations on people’s perception of places, from large-scale maps of towns to small-scale maps of entire regions of the nation, to the nation itself.  The databases we create and the maps we produce are not always used for the intended purpose, and they can take on a life of their own. This is one of the reasons why I’ve always seen value in metadata, especially in the digital age. Who knows what curators in the future might cull from your body of work? Be sure to leave them a “love note to the future”!