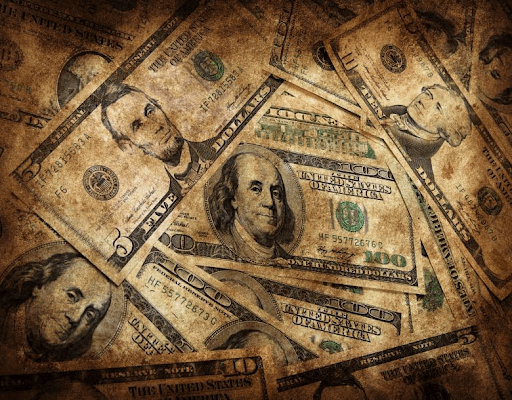 It’s amazing how much has transpired since my last blog on broadband from October 21, 2021; States — This is Your Moment for Broadband!.  In today’s blog, I provide some important updates covering the past 13 weeks and explain their importance to state broadband and GIS leaders.

FCC is shifting out of limbo

The Federal Communications Commission (FCC) finally has a new Chair, Jessica Rosenworcel, nominated by the White House and confirmed by the Senate on December 7.  She had been Acting Chair since last January but with the Commission split 2-2 between Democrat and Republican Commissioners, the FCC policy agenda has basically been in limbo for the past year.  The confirmation of nominee Gigi Sohn as the fifth Commissioner is currently stalled in the Senate, but once a new Commissioner is confirmed, the FCC will have a 3-2 Democratic majority and Chair Rosenworcel will be able to move forward on policy issues, many of which are related to broadband.

FCC has also been working towards readiness to begin a new era of broadband mapping, as required under the Broadband DATA Act which was signed into law on March 23, 2020.  FCC did not have all of the funding necessary to implement the new mapping until the Infrastructure Investment and Jobs Act (IIJA) became law on November 15, 2021.  The new maps will be very important to the unfolding broadband story.  Far more important, in my view, than I think a lot of people realize.

One important change in the new maps is that they will be at the granularity of individual broadband service locations instead of the much coarser granularity of Census Blocks as seen in the previous FCC broadband maps.  To make this change, FCC needs a nationwide geospatial dataset of broadband serviceable locations, which they are calling the broadband “Fabric” dataset.  In June, FCC solicited bids to acquire this dataset as a licensed data product from commercial sources.  There was a protest that required the FCC to reissue the solicitation in August and on November 9, they announced their intention to award a $44.9 million contract to CostQuest for the Fabric dataset.  However, a protest was filed on November 19 with the Government Accountability Office (GAO) by Lightbox, one of the other bidders.  FCC must wait for GAO to make a determination on the bid protest, which is due by February 28.  Assuming the bid protest is resolved in FCC’s favor, they will surely move quickly to complete the contract for the Fabric dataset.

There was also a provision in the IIJA that will enable the FCC to begin the new broadband mapping program more quickly.  The Broadband DATA Act of 2020 fully defines the new mapping and requires that the FCC provide a 6-month notice to the broadband provider companies before they commence the initial data collection effort.  The IIJA changes the notice requirement from 6 months to 60 days, which makes it much more likely that the data collection for the new maps will begin sooner this year than I had previously anticipated, which had been September 2022.  I now anticipate the data collection could begin this spring or summer, so it now seems entirely possible that the new FCC broadband maps could be available before the end of this year.

At the time I wrote my October blog, the focus was on how states can jump-start their broadband infrastructure programs using the American Relief Program Act (ARPA) funding released to states on June 2, 2021.  This is still the case, and there are compelling reasons to do so.  ARPA funds are already in-hand and must be spent by the end of 2024, so states are using them for “shovel-ready” last-mile broadband infrastructure projects.  But now that IIJA has been passed with an additional $65 billion in broadband funding, the path forward to use the new funds and build upon progress started with ARPA funding is coming into sharper focus.

The full text of the IIJA (H.R.3684) is a 1039 page document and not exactly light reading, so I’m going to speculate that you aren’t going to read it.  I haven’t read all of it, but I have carefully read pages 754 through 822 that cover the broadband funding components of the Act.  It’s quite interesting in a number of ways that I do not have space to explain here, but a few key elements are noteworthy.

This will be a major new program administered by the National Telecommunication Information Administration (NTIA, part of the sprawling US Department of Commerce), essentially as block grants to the states.  The name of this new program is the Broadband Equity, Access, and Deployment (BEAD) Program.  States will have access to initial funding to develop detailed plans, which upon approval by NTIA will unlock the full levels of funding.  Much of the new funding is for last-mile broadband infrastructure, but there are also funds for middle-mile infrastructure, broadband affordability subsidies, digital equity initiatives, connecting community anchor institutions, and more.

I could be wrong, but I do not recall any time in the past where the disposition of so much money depends entirely on geospatial data.

But here’s the really important part: eligibility of specific projects to be funded, as well as the funding formulas that determine how much is available to each state, will be based on geospatial data; the new FCC broadband mapping data, to be exact.  This is a big deal.  I could be wrong, but I do not recall any time in the past where the disposition of so much money depends entirely on geospatial data.

GIS Data is the Key

The new FCC broadband maps will be just that, entirely new; based on data from new reporting requirements imposed on thousands of broadband providers, ingested and processed with new systems at the FCC, and combined with a new commercial Fabric dataset to produce the resulting broadband maps.  When the first version of the new FCC broadband mapping dataset emerges in the coming year or so, it will almost certainly have errors that affect your state.  There will be errors of inclusion, exclusion, spatial accuracy, spatial operations, and more.  If you are an experienced GIS professional, you know full well that the first version of any new dataset will have many of these problems and that over time, and with wide exposure to users, these problems will be discovered and will be corrected and the dataset will improve.

The problem, or perhaps it is better characterized as an opportunity, is that this new FCC broadband mapping data is the key to those billions of IIJA broadband dollars available to your state.  It is entirely in your interest to be ready to review and improve that data as soon as it is released.  Fortunately, the Broadband DATA Act that defines the new mapping also included provisions for crowdsourcing to improve the data and also, importantly for you, a formal challenge process where you can submit data to challenge and correct errors in the data.  FCC must review each challenge within a specific timeframe and immediately correct the dataset if the challenge is accepted.  This is the process where you can apply your geospatial datasets, which might be more complete, or more accurate, or more detailed, or more up-to-date than the data in the new FCC broadband maps.

Every unserved and underserved location that you identify, every community anchor institution lacking gigabit service, every citizen who cannot afford broadband, every multi-tenant apartment building lacking broadband service, every single-point-of-failure middle-mile network segment, is worth money to your state and represents people that lack access to affordable and reliable broadband.  The more complete and accurate your geospatial data, the better your chances of successfully challenging the upcoming FCC broadband mapping data and thereby maximizing the federal funding to make universal broadband a reality in your state.

If you are a state-level GIS professional, this is a time to pause and consider how your work could improve your state’s ability to make the most of the new federal broadband funds.  If you are a state broadband leader who hasn’t already developed a working relationship with your colleagues leading your state GIS program, now is the time to close that gap.  For both of you, if you are not fully versed in how to assemble all of these puzzle pieces (many of them new) in support of broadband, this is the time to engage expert help.  The stakes are exceedingly high and an opportunity this large, to have such a significant positive impact in your state, comes along too rarely to risk with an untested, do-it-yourself strategy.

Geospatial data has never been more important than it is now.  Your state’s success with broadband will be fully dependent on this data.  It is the key to planning, executing, and tracking all of the elements of a full-color state broadband program, and most importantly, it is the key to unlocking the massive new levels of federal broadband funding.

Continue reading: “States — This is Your Moment for Broadband” – by Bill Johnson