Big News for Broadband Mapping, and Beyond

By now, everyone knows we have a problem in the US with Internet service (commonly called broadband) not reaching millions of Americans living in sparsely settled rural areas.  Everyone agrees that in this day and age, universally available broadband is essential for participating in economic, educational, social, political, medical, and many other aspects of modern life.  The real problem, however, is that we don’t know exactly where broadband is lacking, nor exactly how many homes or small businesses lack access to broadband service.

The Federal Communications Commission (FCC), working with the National Telecommunications Information Administration (NTIA, part of the US Commerce Department), created the first comprehensive national broadband map circa 2010 as a result of a mapping initiative funded with the American Recovery and Reinvestment Act of 2008.  That map was a major step forward, but it had a significant accuracy limitation. The data used to create that map, as well as the data made publicly available by the FCC in subsequent reporting by telecommunications companies that provide end-user broadband service, used Census Blocks as the reporting areas. 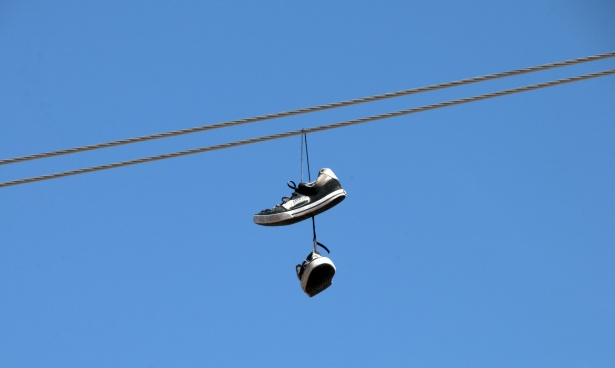 The Problems with Census Blocks

Census Blocks are the smallest geographic areas (polygons) defined by the US Census Bureau for carrying out their responsibilities for a decennial census of population.  In dense urban areas, a Census Block is literally a city block, but in rural areas, Census Blocks can be very large, often many square miles in area. The FCC-mandated reporting by telecommunications companies lists a Census Block as having broadband service if even a single home in that Block has service.  For this reason, the true edges of broadband availability are masked since many “served” blocks contain unserved homes. This also means that counts of served and unserved locations are not accurate, as those counts are based on Census population figures attached to each entire Census Block.

Census Blocks are also a poor match for broadband mapping because broadband networks do not align with them in any meaningful way.  In fact, most wired broadband infrastructure is attached to utility poles along the roadways, and roads form most of the boundaries of Census Blocks.  The result is that a single broadband network segment reaching into a neighborhood to serve the homes on both sides of the road is often split into separate reporting areas (Census Blocks).

Because of these flaws in the reporting and derived mapping of broadband service, the map and data are actually least accurate in the areas most important from a public policy perspective, namely, at the critical edges separating served from unserved locations.  This characteristic of the nation’s authoritative broadband data has been known all along and has frustrated those who seek appropriate remedies to close the broadband gap.  How can policy-makers devise the best strategy to bring broadband to the unserved if we don’t know where they are or how many there are?

I wrote a blog post about this problem last October and suggested a better model for broadband reporting that does not use Census Blocks, but instead would use polygons reported by telecommunications companies that delineate the areas where their services are available.  I can’t say that my ideas influenced the FCC, but at their most recent monthly meeting on August 2, they voted to approve a new Order that will implement that very model!

This change in broadband reporting is tremendously important, and not just for the benefits it will generate in enabling a far more accurate picture of exactly where our broadband gaps exist, but also for some other reasons that may not be immediately apparent.  These additional benefits, described below, are particularly relevant to those of us working in the world of GIS.

First, the new FCC Order also mandates that a portal be developed that will enable the public to directly report errors in the data.  This will be, to my knowledge, the most significant official use of geospatial “crowd-sourcing” on a nationwide US government dataset to date.  Think about that for a moment so it can sink in… I think this marks a new era in direct citizen engagement on an authoritative dataset with far-reaching public policy impacts.  And it will be based on geospatial data, presented to the public in an interactive map. How great is that?

Connecting the Efforts of Broadband and NG 9-1-1

We have to peel back another layer of the onion to see the next potential benefit of the new FCC Order.  The polygons that will be reported by the telecommunications companies is a piece of the broadband mapping puzzle, a very important piece, but not the full puzzle.  In order to know how many homes and businesses are served and unserved, those polygons will need to be overlaid with points representing the locations of homes and businesses.  The FCC Order does not specify how this will be done, but I believe there is an excellent case to be made for “connecting the dots” between the needs of the FCC and ongoing work for Next-Generation 9-1-1 (NG9-1-1) systems across the country.

NG9-1-1 systems, unlike the existing 9-1-1 systems we have relied on in the US for 50 years, are based on GIS data at the core level.  They use geospatial overlay operations to determine which call center should receive the call, which police/fire/ambulance service should respond, and to direct the responders to the caller’s precise location.  One of the most important GIS datasets for this purpose is address points, and these points need to be spatially accurate, not interpolated from address ranges or estimated as we commonly see with many address geocoders.  As a result of this need for precise address points, work to build and maintain this data is accelerating across the country as cities and states begin working towards implementing NG9-1-1.

The missing link to connect NG9-1-1 with broadband mapping is actually not missing at all, it’s just incomplete.  I refer to the National Address Database (NAD) being created through a partnership of the US Department of Transportation (as the host agency) and the US Census Bureau, and overseen by the Federal Geographic Data Committee.  The NAD currently contains address point data contributed by about half of the states.  What needs to happen is for all states to commit to providing their address points, particularly address points created for NG9-1-1, to the NAD where they are freely available to support a wide range of purposes.

I believe that if the FCC made a commitment to use the NAD as the source for household and business locations for broadband analysis, we would have an important incentive for states to rapidly complete the NAD.  The rationale is simple; if a state wants policy-makers to know exactly where the broadband gaps are in their state, so that resources can be directed to close those gaps, they need to provide their address points to enable that analysis.  The fact is, the NG9-1-1 address point data needs to be built anyway, and getting it into the NAD is the remaining hurdle. The effort to do so is modest — states only need to perform a “roll-up” of the address data from their 9-1-1 call centers, as described in this NAD pilot project findings report.

Hats off to the FCC for a major step forward with their new Order.  It is a bold move in the right direction. Let’s leverage the opportunity this represents to connect it with the investments already underway and accelerating with NG9-1-1 to feed the National Address Database and, in doing so, provide the missing puzzle piece to be overlaid on broadband service polygons for a truly accurate national broadband map.  Imagine it: a public map, accurate to the individual household level, based on data validated and improved by the stakeholders who matter most (you and me!), freely available, and built in the most cost-effective way possible by leveraging NG9-1-1 that requires the most accurate data. A map that acts as a catalyst to engage GIS stakeholders working at all levels of government, a map that feeds the needs of policymakers, a map that gives confidence to the public about the work of their government, and a map that represents a major success in national geospatial coordination.

That would be a phenomenal success story.